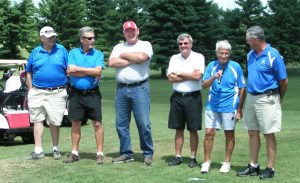 “FOUNDING FATHERS” HONORED. Honored at the 16th Annual Rox Athletic Alumni Golf Outing and Reunion were the gentlemen responsible for the creation of the annual event. Coming up with the idea over a game of golf were: (from left) Tony Reeder (’71); Jesse Higgs, substituting for his brother Max Higgs (’68); Mike Sciotto (’71); Kevin Jacks (’70); their coach, Dr. Larry Gambaiani; and Dan Butler (’71). Unable to attend this year besides Max Higgs were John Nelson (’73) and Ed Crowder. (Sentinel photos by Larry Bemis)

Sharks Once Swam in Parke County 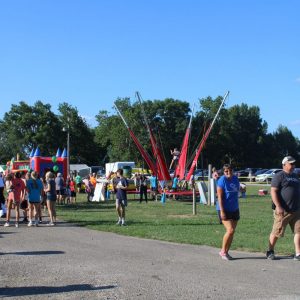