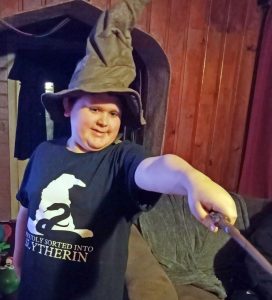 Roger Wirth loves using his imagination whether it’s while watching movies, putting together Legos, looking at books or playing outside.

The Turkey Run Elementary fourth grade student loves all of the Harry Potter movies. He has watched all of them at least twice.

“I love the big snake and the three-headed dog,” said Roger. “I love the ‘Chamber of Secrets’ and how Jenny found the blood and the writing on the walls.”

Though he wanted to be in Gryffindor, Roger took a sorting hat test and was placed into Slytherin. At first, he was disappointed at not being chosen for Gryffindor, but now he is OK with being in Slytherin because he likes the big snake. One of his favorite scenes from the movies is when the bathroom sink opens up and the big snake comes out of it. Roger would like to take a photo with the big snake. 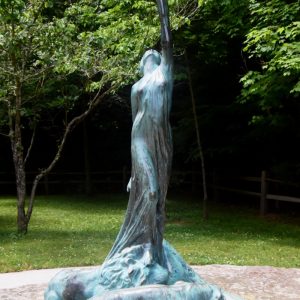