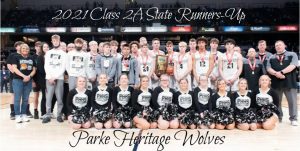 It was a white-knuckle game as the Parke Heritage Wolves Basketball team took on Fort Wayne Blackhawk at Bankers Life Fieldhouse Saturday, April 3. With the Class 2A State Championship title up for grabs, both teams were eager to fire up fans watching in the stands. Blackhawk was ranked number one in class 2A. Both teams had a 27-3 record going into the game.

The fourth quarter had fans on the edge of their seats with Ferguson trying to keep PH in the game with a beautiful three-pointer but in the end, Blackhawk Christian pulled away late winning over the Wolves 55-40. 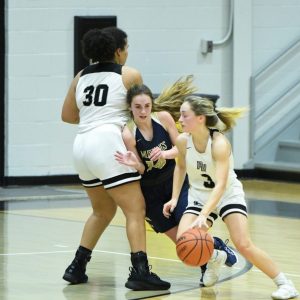