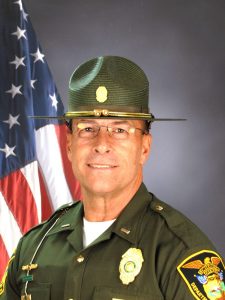 On December 31, 2020, After more than 40 years of dedicated service to the State of Indiana, Lieutenant Kent Hutchins will retire Thursday, December 31, from his position as an Indiana Conservation Officer.

Lt. Hutchins had dreamed of becoming an Indiana Conservation Officer from a very young age. Upon graduation from Anderson High School, he enlisted in the United States Army and served as a Combat Engineer/Demolition Specialist in both the United States and Europe, attaining the rank of Sergeant and earning the Army Commendation Medal.