A temporary ban on outdoor burning in Parke County and a new name for the Emergency Operations Center were among items handled by the Parke County Commissioners Monday.

With the extremely dry conditions that have gripped Indiana during September, the commissioners approved an ordinance to place a temporary burn ban in the county. No outdoor burning will be permitted until further notice, except for fires contained in a fire ring or similar campfire devices. The ban becomes effective immediately.

The commissioners also approved a new name for the Emergency Operations Center where they and the County Council hold their meetings. The structure was originally built and funded as part of the U.S. Army’s Chemical Stockpile Emergency Preparedness Program (CSEPP), in conjunction with the Chemical Demilitarization Program that neutralized the VX nerve agent stockpile at the former Newport Chemical Depot in Vermillion County. The building included two “dormitory rooms” and restroom/shower facilities for “shelter-in-place” operations during any incident at the Depot, along with complete command and control communications equipment.

Early, Absentee Voting At Record Levels Ahead Of Tuesday

Three Runners Move On To Regionals 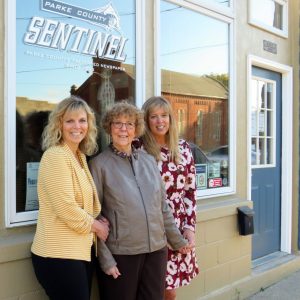