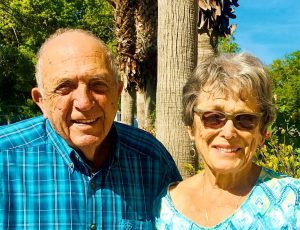 65TH ANNIVERSARY. Dick and Susan Cory were married September 3, 1955 at Mecca Methodist church. The family farm is located between Kingman and Sylvania. Susan’s life as a homemaker raising her children, large gardens, vegetable and flowers kept her busy along with being the local Avon Lady and volunteering for community activities at church and various clubs. Dick a farmer who midway through his farming career managed/owned two John Deere Stores and served on the REMC board of directors from 1974-2002. Both are members of the Cayuga Christian Church where they have supported missions locally and worldwide. They raised three children, John, Cheryl and Beth. Their life has been blessed with six grandchildren and eight great-grandchildren who have kept them entertained in the retirement years. (photo submitted)