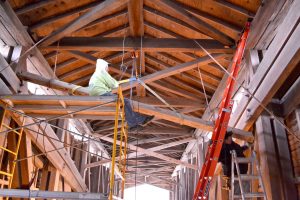 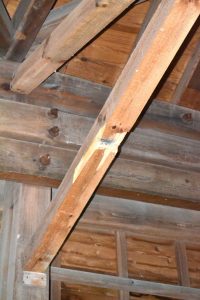 An Avon man faces misdemeanor charges of leaving the scene of an accident resulting in property damage after he drove a delivery truck through the Jackson Covered Bridge.

Michael Dodson, 38, of Avon was arrested near the Parke-Fountain County line last Wednesday afternoon after police responded to reports that a large truck had damaged the bridge and left. Dodson was driving an Ashley Furniture delivery truck that broke several cross-members in the 1861 structure, the oldest J.J. Daniels bridge still standing and the longest single-span in Indiana at 207-feet.

Dodson was arraigned in Parke Circuit Court Thursday and his request for a pauper attorney denied. An attorney review hearing is scheduled for March 2, pre-trial conference for March 26 and jury trial set for a second-place setting April 14. Dodson was released on his own recognizance.

The Class B misdemeanor charge carries a possible sentence of up to 180 days in jail and a fine of up to $1,000.