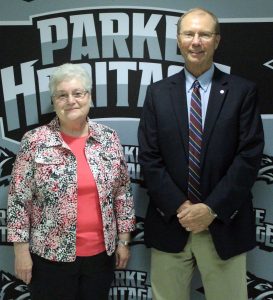 Two leaders of North Central Parke Schools will be finishing their careers in the education field with this school year. Superintendent Dr. Thomas Rohr and Food Services Director Janet Lindley will be retiring in June.

Dr. Rohr has been working in the education field for the past 45 years, 35 of those years serving as a superintendent. Prior to the superintendent’s position, he was principal of Brownsburg High School and North Knox High School.

One of the highlights of Dr. Rohr’s career has been participating in the graduation ceremony. “As a building principal and district superintendent, I have presided over 60 graduation ceremonies in which I had the honor of handing a diploma to over 13,000 students, which will include my four daughters,” said Dr. Rohr.

During his career, he has seen many changes in the education field. “I have had the opportunity to oversee many changes in the teaching of children from slide rules to computers, from chalkboards to whiteboards, and ditto machines to copiers, and to hire many great teachers, plan for the renovation and construction on many school facilities, acknowledge the benefits of many student curricular and co-curricular groups, and cheer the success of many athletic teams.” said Dr. Rohr. “Every year has brought new challenges, some controversy, heart aches and headaches, but mostly eager young minds wanting to learn and make their mark on the world.”

After retirement, Dr. Rohr plans to enjoy spending time with his wife, Sheila, and his four daughters and their families.

“I will miss the cafeteria staff,” said Lindley. “You become a work family, working together toward one goal.”

During her tenure as a member of the cafeteria staff, Lindley has seen many changes to the cafeteria meals and the nutrition requirements.

“One of the biggest challenges in my job has been the regulations for the School Nutrition Program. Every five years the Federal Regulations change. When the regulations are applied to the program, trying to keep the students, parents, and staff happy with the required changes can be a challenge,” said Lindley.

Seeing the appreciation in a student’s face when they are served a meal is one of the best moments of her time working in the cafeteria.

Lindley is looking forward to being able to sleep in and not having to get up at 4:30 a.m. on weekday mornings to prepare the students’ meals. “I do have some traveling plans,” said Lindley. “Who knows, you might still see me from time to time in a kitchen working as a sub.” 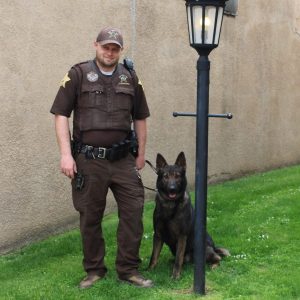