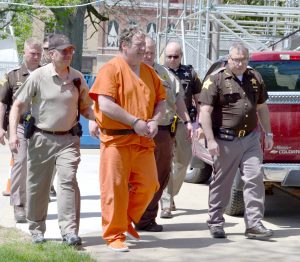 A Rockville man will spend the next 28 years behind bars for the 2017 murder of his wife.

John F. Hartman, 56, who was deemed non competent and unfit for trial by two psychiatrists from the Indiana Department of Mental Health, has spent the last 730 days in the Parke County Jail awaiting sentencing, which came Monday, April 22, two years to the day after he notified police of the death of his wife, Rebecca Hartman.

Read further by purchasing a copy of Parke County Sentinel