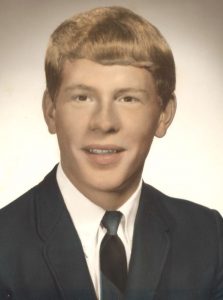 John David “J.D.” Lawson, 68, of Clay County, passed away December 18, 2018, at Gibson Family Hospice in Terre Haute. J.D., born October 13, 1950, was the son of Robert and Anna Mae (Clark) Lawson. He graduated from Van Buren High School with the class of 1969, where he was a member of the basketball team. J.D. spent most of his life working as a farmer. He farmed with his father, where he developed his love of raising and selling cattle. Along with his business partner, Mike Jacob, he owned and operated Morton Sale Barn on Highway 36 for several years. He continued his love for cattle by teaching his daughter Cathi the trade. Together they worked the farm by raising and selling cattle and attending sales together. J.D. enjoyed working for, and supporting, 4-H endeavors throughout the state. He also volunteered his time by appraising cattle at 4-H events. Survivors include his daughter Cathi Cepek and her fiancé Justin Wilson, of Carbon. He was preceded in death by a brother, Joseph Lawson. Visitation was held at Lawson-Miller Chapel in Brazil, December 20 and 21, services and burial followed. In lieu of flowers, donations in his memory may be made to Hospice of the Wabash Valley, 400 8th Ave., Terre Haute, Indiana 47804 or Youth Food Program c/o Clay County YMCA, 225 E Kruzan St., Brazil, Indiana 47834. Visit www.lawson-millerchapel.com to light a candle in his memory.